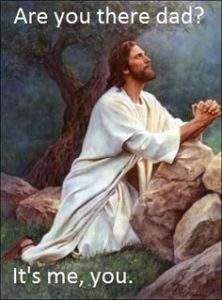 What is it that stops us from engaging with the sublimity that is the Christian and (specifically) Catholic vision of humanity, namely that we are called to eternity in ecstatic communion with God? I think I have the answer. I did not come to this answer myself. Indeed, most things I have come to believe in are not things I could have come to believe in by myself. Others had to tell me. In turn, others had to tell those others, going all the way back to antiquity where the Jewish and human roots  of our religion can be found.

For me, the fact that the human mind is incapable of reaching truths about God in any real detail points to the supernatural origin of our religion. All the doctrines we hold, like, for example, the Trinitarian God, we believe to have been revealed to us. This is what we call revelation. But we can propose arguments for the existence of God, just as we can propose arguments against God’s existence. For one very basic argument in favour of His existence, you can read another blog entry I wrote recently, if you like. It is called ‘Why? And How?’ Here it is:

If, using philosophy, we arrive at the conclusion or the suggestion that God exists, we cannnot really go much further than that. We cannot describe God very well. How could we even hope to describe infinity with finite minds without being told something about it? 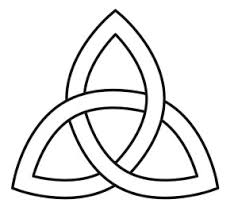 One thing we can say is that God is perfect. The word ‘perfect’ is used here philosophically. It doesn’t just mean God is beautiful or great etc, but that He is unopen to change. Time, so inextricably wrapped up in change in nature, does not govern Him, He is SUPERnatural (above nature). He does not lack anything and there is no potential within Him to be made greater. Therefore, He is actualised. He is pure act and, as said, has no potency. He is perfect. He HAS TO be perfect, I am given to understand, as if He was not, then He could be changed by some external things. It seems to me that would make those things greater somehow than God (or at least competitive with God) and then it would seem He could not be truly called God, as God as meant when I say the word is quite simply and inconceivably beyond everything by an order of infinity.

So, going back to the original question posed at the beginning of this text. What stops us from engaging fully with the Catholic vision of human existence, arguably THE most sublime vision of human life in history? The answer is sin, but, without getting into that too much, what is sin? Basically, it is saying no to God and yes to what we want.  Lets move on though.

I highly recommend this book.

I read recently sin is the result of taking oneself too seriously, in a book called ‘Catholicism‘ by Father Robert Barron. If this is true and we take ourselves too seriously, we become inhibited and one of the ways this can affect us is to diminish our ability to laugh and have fun. It can damage our sense of humour.

Now, lets consider Christianity. As it is practised today, generally speaking, it has it’s roots in a small Jewish sect that formed around the person of Jesus of Nazareth almost 2000 years ago. Who was Jesus? I will give one answer out of a myriad that could be offered today. The God-man. How easy it is to dismiss this idea if not outright SCOFF at it. ‘Don’t make me laugh,’ many have surely said. Consider further, Jesus, the God-man, was not born and did not live in the spectacularly obvious manner we would expect of God-man. He was born in a small Roman outpost in the middle of nowhere, politically speaking. Then, he said and did totally unexpected things. He eventually was killed by regular human beings. So, it really makes us chortle to think this man is God. God is invincible, God is powerful, God is a smiter, God conquers and sweeps aside all those who offend Him. One only has to look to the mighty Greek gods of Homer and Virgil, the super- ‘men’ and ‘women,’ to see that God would be like this. One only has to look to other world religions to see this. Such is the human conception of God.

This is why Christianity is such a joke, because our God is not like this. To accept it is to accept something so scandalous and foreign to the traditional human conception of gods that for many people it is funny, ridiculous even. Who could take such an idea seriously? To me, the people best equipped to take this idea seriously are those who DO NOT take everything in life so seriously as to require everything to be perfectly rational and understandable by us. Love is not rational and God is love. As said above, God is unopen to change and so is not rational, as that would mean His thoughts change as He reasons. It is one of the delicious ironies of Christianity that something so serious as the very salvation of our souls is brought about in a manner that seems laughable. The question now is: Do you want to laugh along with God forever?  EVERYONE is invited. You can be certain, no matter who you are reading this, that God wants to laugh along with you.