My cousin and I decided to have a ‘blog debate’ about the existence of God. He wrote his arguments down first from the perspective of an atheist and you can read them as they originally are here:

It is now my turn. We agreed that the second person to write would respond reactively to the content of the first post. I will obviously do so from the point of view of a believer in God’s existence.

I identified six main issues raised by Ciaran in his text, some of which I am more qualified to provide answers to than others. I have prayed for God’s grace in answering the more difficult one’s. I hope that’s not cheating 😉 . Here are the issues raised.

I’m going to post in two parts, as it became apparent to me that one article responding properly to what Ciaran said would be a bit long. This first half will deal with the first three points made by Ciaran.

NO. 1: THERE IS NO EVIDENCE FOR THE EXISTENCE OF GOD.

In very classical philosophical fashion, let us simply proceed in rational thought from what we know (for anyone who has formally studied philosophy, I am not even considering whether it is possible to know or not. I think that question is nonsense. I have senses and a rational mind, thus I can know things) to what we don’t immediately know. 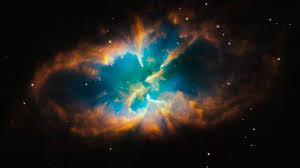 We all agree that we exist and there is a world called Earth. To make a cosmic leap, Earth is in the Universe. The Universe is in… I don’t know. Regardless, we can ultimately claim that the Universe and anything that may be beyond it was caused to exist by something else. So what caused that cause? Another cause. And that cause? Another one. And th-… You see where this is going. Infinity. The only way to avoid saying that either the Universe or a greater super structure is eternal, is to posit that there is a first uncaused cause to all of it. That cause is, to quote St. Thomas Aquinas (13th C.) ‘what people commonly call God.’

This cause is necessarily uncaused, as it wouldn’t be the first cause if something else caused it. This means that it has to have a will, which means it has consciousness. Let that sink in. If there wasn’t something external to it which caused it to be a cause (which would make it just another caused cause), the only way it could cause is if it could choose to cause. Look at us. We can cause things principally by our wills with internal decision making (maybe a slightly unclean analogy). We are persons. The same is to be said of God as uncaused cause (person not referring to specifically human entities). Either way, you have eternity, as the physical universe we know did not spring out of nothing without a cause. Which possibility is correct, an eternal chain of causes as the Universe or Eternal God as ultimate cause? Note that the first choice raises another issue that would have to be discussed elsewhere: the problem of infinite regression.

In my limited understanding, I would refer to the above argument as suggestive of the existence of God, if not evidence per se. Much smarter and holier people than I (an understatement), including St. Thomas, have made more detailed arguments that they say point definitively to the existence of God. I’ll have to improve my understanding by revising Thomas’ Five Ways.

The second thing I would offer as evidence for God’s existence is the fact that we as humans are unique within nature, as far as we know, in the sense (among other ways) that we are never at peace. Sure, we can experience periods of brief contentment but that wears off sooner or later and we search for the next thing to make us happy. Only we never find it. Eventually, every single thing that we can experience bores us. Meanwhile, consider other animals. They are content in nature. As soon as all their needs are met, like nutrition, security etc, they rest. They just sit there. Never thinking ‘What do I do now?’ They just be. That is because they are fully of this world. We, while risen from nature, seek something that no matter where we look, we cannot find. We constantly move on to the next thing, never satisfied. We search for meaning where other creatures do not, because we were meant for something more than being just animals. God designed us like this so that we would turn to him and eventually find the rest that our hearts seek. Other animals find their rest in nature, we find it above nature in God and that is why you and I are restless creatures. Remember that whenever you’re bored.

NO. 2: FAITH IN THE EXISTENCE OF GOD MUST BE UNQUESTIONING

I speak for the Catholic faith here only, but I can give a very easy answer to this one. It is wrong. That’s why there is a study known as theology. It is also the reason there have been bitter arguments throughout the centuries between different parties within the Universal Church regarding questions like ‘Who is Jesus and what is he?’ and ‘What can we say about the Holy Spirit?’ Finally, the same St. Thomas Aquinas mentioned above would not have written the 3 volume, 3500 page long ‘Summa Theologica’ which is composed ENTIRELY of questions (question 2 being on the existence of God and if we can know this by natural reason), if unquestioning belief was a requirement of the rational believer.

Here we must get down to what is meant by God. St. Anselm (11th C.), in trying to demonstrate God’s existence, said ‘God is that than which nothing greater can be thought.’ I mention this to ensure that we all understand what is meant by God rather than to explore his interesting argument for the existence of God.

God is unique. As first principle, he is causally before all things. He is necessarily existence itself. If he wasn’t he couldn’t be eternal. Nor could he give existence to other beings, animated or not. As existence itself, he is not a being either. He is being itself. It makes sense to suggest that God, as being itself, is eternal as the nature of being is to be- if it was not in being, it wouldn’t be being. So He simply is. I hope your head is not spinning!

In light of these assertions, one can understand why it is said that God is beyond everything else- he is a level above, not the greatest being among a quantifiable number of other beings. It does not make sense to say that there is more than one existence- something that exists exists. Existence is uncountable and is therefore a general term applied to all that exists. So God, as the source of existence, is unique. We have existence. God is existence. ‘I am who I am,’ he told Moses. Because of that, He is able to give us the gift of His own being, to create us.

Dawkin’s mistaken view of God is that he is a being among beings, which is why he talks about belief in a being called a ‘flying spaghetti monster.’ Anyone who understands (as far as human reason can) what God is finds this laughable. And even if you don’t accept what I have written in the last paragraph, you will appreciate the distinction between the Catholic understanding of God and Dawkins’ misunderstanding. So, along with him and his friends, I would happily dismiss the gods (which are essentially pagan super humans) of history, but that was actually done a long time before Dawkins said it needed to be done. The Greek and Roman Pantheons are gone, the Norse gods are gone, along with any other god they could make a super hero movie about (looking at both of you, Thor and Loki). The fact that they are super hero characters further illustrates the difference between what God actually is and the totally mistaken belief that the word god denotes a class to which many things belong, like the word animal. God is by definition the one and only and as a result always has a capital G. God is linguistically a proper noun, like Tony.

As for the conception of God in other major world religions, suffice it to say that if Catholicism genuinely holds the truth about God (both philosophically reached truths, which can be reached by anyone with the intellectual capacity and time, and Divinely revealed truth), then objectively speaking, some of the views held by those other religions are inaccurate. They do contain some truths, but are utterly mistaken in other ways. This, again, would require another discussion and I am probably not knowledgable enough to talk about that to a great extent at the moment.

I’m going to stop here as I feel there is enough to consider in what I have written above for the moment. I hope you enjoyed reading it. Let me know what you think and I’ll try to get the second part (Points 4-6) done before too long. That way you can respond if you would like to, Ciaran :).